Another sketch, and projects 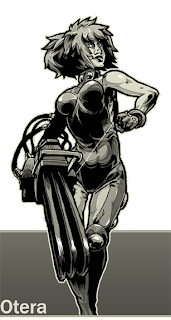 This is a pic I made yesterday for a friend at deviantart, that he asked for taking a 10k pageview screenshot last september. Back then he didn't want anything, but I told him he could ask whenever he decided on, so the time came, and I pulled a bit more effort than the other 2 sketches.

The monochrome style is a test to do a comic anthology I'm probably going to participate, about Goth stories. If you are interested, you should check http://gothology.deviantart.com ASAP.
It's a really cool thing going on!

And at last, but not least, I'm drawing a pic for this year's UDON contest: http://www.udonentertainment.com/darkstalkerstribute/
It's already pencilled and stuff. Going at it!

Hey there!
Here are some Rock Child sketches, for a possible comic, or a new void character. Dunno yet. 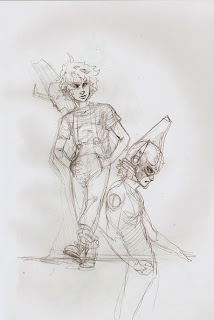 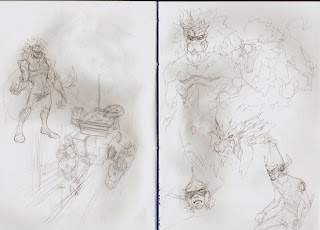 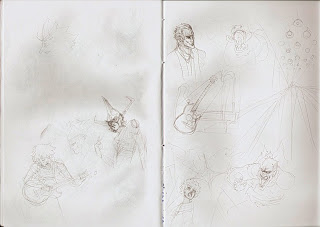 If Rock Child becomes a void character, I'll then make the comic of those two guys I presented last time. Have some sketches of them too! 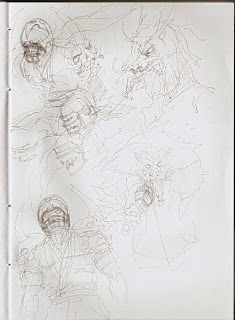