Morning!
This update has little variation, I guess. Cutting to the chase, yes? 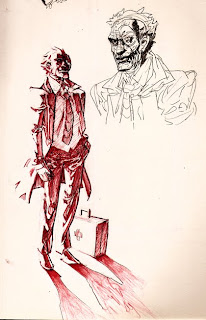 A little light practice with my character Doctor Anthropos. I got a little excited with drawing him again, might think of a whole new project with him.


Below is what I've been working for the most part the last week, my conclusion project, that's due midway in november, and I had not much done so far, but a demo version of the game back in 2008. So I'm off to complete it, but now as a project.
It's tentatively called Crossroads, and each character is based on a genre coming from the Blues. 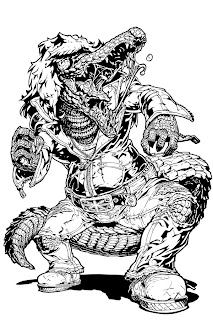 Alley Gator. Based on Punk! (I also thought of Punkroc! Might be it.) 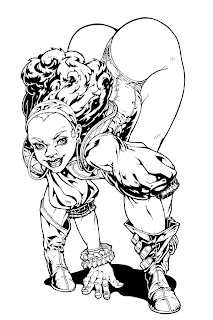 Roxy Pops. Based on Funk and Soul. 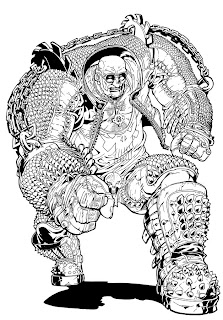 The Hellion. I don't need to tell you what's it's based on, I hope. 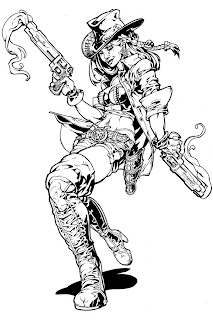 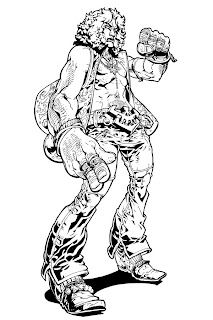 Skull B.One. The first one, created back in 2008, now redesigned with a more tuned in design with the other characters in the project. He's based mostly on rockers from the end of the 60s on, and on a few hard rock singers too, go figure. 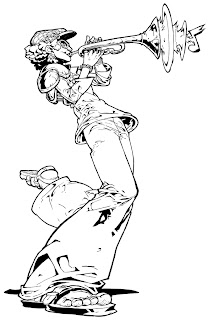 Bonnie C. It's a chick, despite her looks, but I wanted to keep her less sexually appealing. She's based on Jazz, and more specifically Miles Davis, because Hard Bop is the shit.

Below are the colored versions of them. 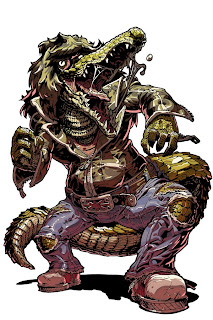 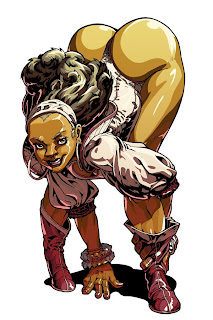 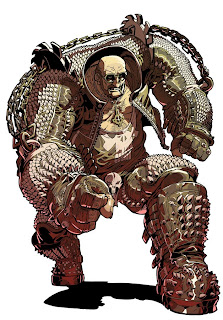 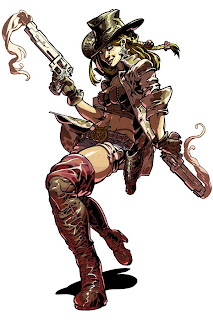 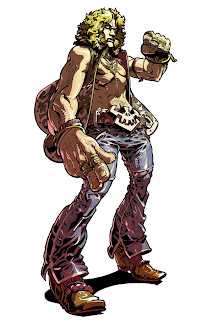 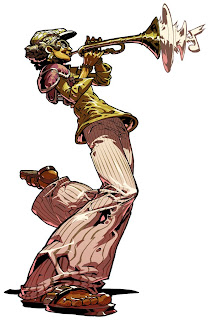 Next week probably coming with the last boss for the game, and if I'm too hopeful, pixelart versions and backgrounds too.
Take care!
Sketched by Aluísio Cervelle Santos às 09:36 3 comentários: