Time for the weekly update!
Been taking easy with them during vacations.
Yesterday it was RockStar update day! Check it out already?
http://zudacomics.com/rockstar
I made a promo pic for it to go along as well
It's an old character, Pothole, the asphalt swimming, demon possessed shark. In RockStar he's mentioned as a movie, so I made this poster. 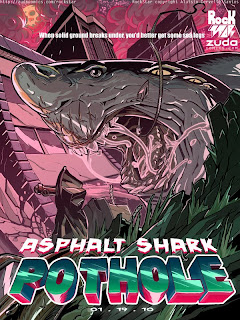 Towards the end of the creative process, I thought about inverting the pic and I liked it, though I ended up using the original anyway. 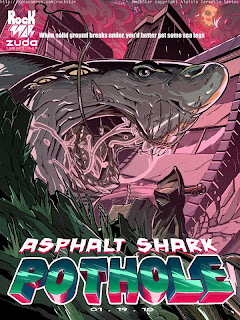 The pic below is a jam I did for my pals Jongbom and Corny's comic Fuse!
You can check more info on the comic and jam in here: http://fusecomic.deviantart.com 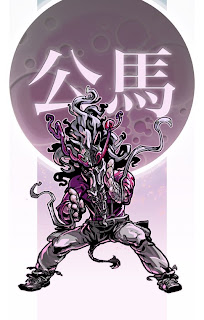 That's it for this week. Ill be travelling for the weekend, so take care!
Sketched by Aluísio Cervelle Santos às 12:01 Nenhum comentário:

Ops, I forgot to update the blog recently!
Just yesterday, I reached the fourth RockStar page, check it out!
http://zudacomics.com/rockstar
To make up for it, have some concept design! 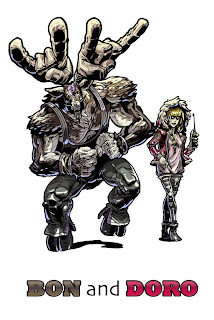 The ones below are pages I did for Void, last weekend before new years!
They were made in 2 days approximately, so the inks are very rushed! 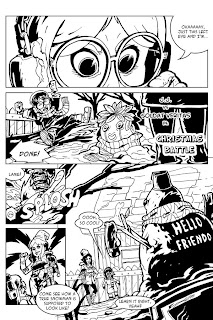 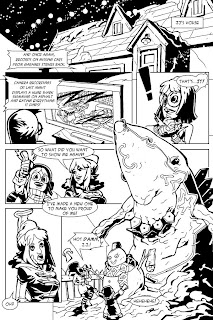 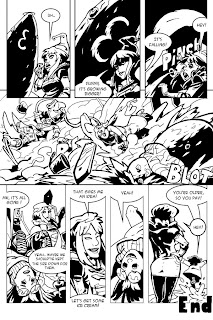