A bit of everything!

Hi there! It's a-update time!

Been drawing a lot.. specially since I got uh, free time on my hands haha, except that I must figure out where to focus that energy, so it's actually a self pressure.
Figured I'd post something. First is a kind of oldie, but also the first thing I drawed after arriving from the USA, on my sketchbook: 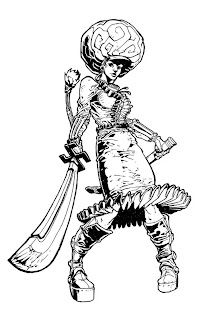 She's called Psycho Jane, and has no story, except that I created her in the Soul Calibur 4's generator haha. Gotta love chicks with swords and afros. 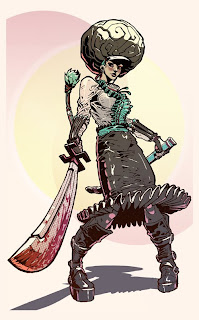 A colored version. On this point I started a color review on my own work. What works, what don't, and etc.

Some small sketches from my sketchbook: 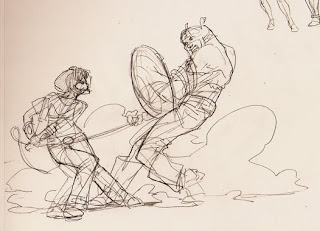 Wonder Girl vs. Captain America. Thinking about making a finalized version of this. 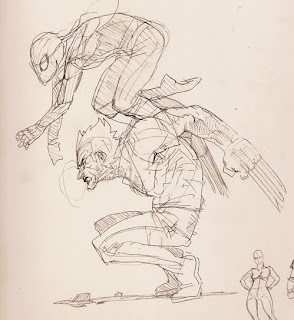 Spidey and Wolvie. Practicing different body types. Wolverine could be smaller yet. Or Spiderman be the same size as him, but the official excuse is that there was no more space above spidey to be drawn. Actually it was just Logan doing a cool pose, and I decided putting Spiderman on him later on.

Remember those RockStar pages I made a while ago before SDCC? I slapped some colors on one of them. 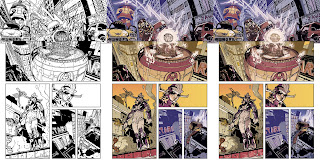 Those here below is a cover I'm making for David Grimshaw's 3D illustration anthology book ¨It's like I can touch you¨. 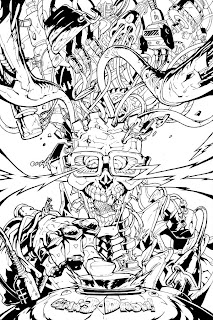 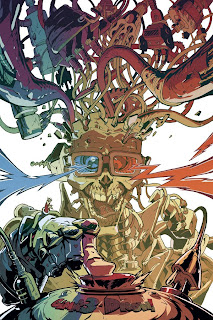 Colors. Had some trouble figuring how'd I do this but after I started laying the colors, everything was fine.

And now with the title.
I'll update on you when it's out for the grabbing!

Now last, is some pseudo try-out I made based on a script I got from this Nightwing issue.
Apparently it's from some arc Ra's Al Ghul is being revived or I dunno.
Actually I did zero cleaning on those, I just wanted to see how they'd look without the blue leads I use for pencilling, and put some panel borders on Grayson. 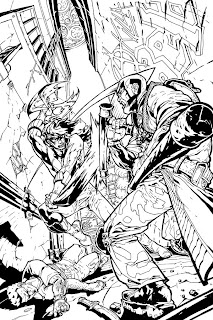 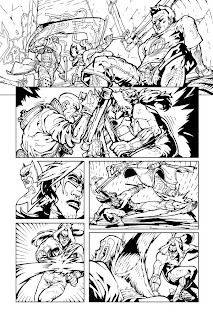 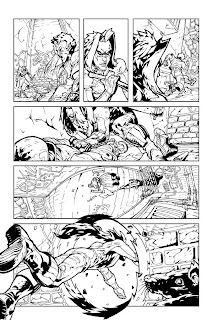 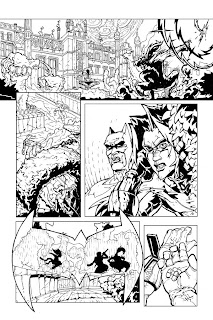 Yeah, it ends kind of abruptly, it was just 4 pages. Fun stuff!

Hope you enjoyed. Next probably coming with some artwork for the conclusion project I'm doing for my college.
Bye!
Sketched by Aluísio Cervelle Santos às 12:39 Nenhum comentário:

Oy there!
Been a long time, right? I've been kind of away due to having gone to the USA meeting people at SDCC and also touring around in NYC and meeting MORE people.
Only today I remembered of a drawing that should be in my last post. I'm taking classes with many talented teachers at Quanta, and Greg Tocchini (http://gregtocchini.blogspot.com) has asked us to bring lineart to be colored during class. My chosen were these: 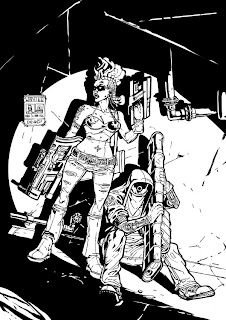 It was drawn before I made those RockStar pages last post, and before I got away from DC. It's a spin off on the Wizard of Oz story. The girl is called Dorothy and the robot, Albert. In this world, the Nazis won WW2 and prohibited any use of weapons. However, as a counterattack, before being evaporated from the world, the losing axis compiled all military knowledge and intruded it into Einsteins mind...implanting it on a robot, who will live forever. Now, decades later, the robot's existance has been blown to the public and everyone wants it's head.
It can produce any type type of weapons, given the necessary resources, however it's extremely unable to wield weapons, so this woman, Dorothy, does all the dirty jobs for him, and protects him, for who-knows-what-reason.
Another idea I had is that the world only have women now, and they reproduce themselves through artificial pregnancy, therefore, they don't have sex with a male in a long time, which is also why they seek for Albert, and a probable hook for Dorothy, haha. 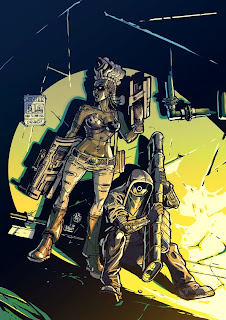 In the meantime at USA , I've draw a little, though not really as much as I'd like. Here's the most worth showing: 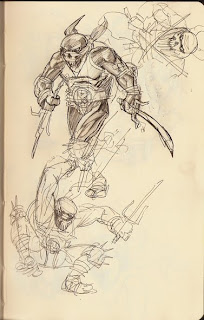 Nothing original. Saw a TMNT comic drawn by Simon Bizley and decided drawing a Raph myself too haha. 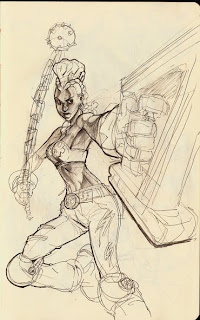 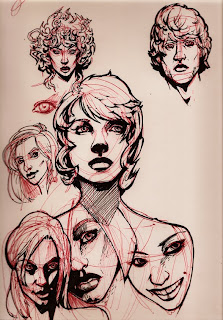 Did some photo-referenced pencils and tried to convert them into my style with the inks, in an attempt to make my faces more realistic.

And last but not least, the latest freelance thingie I've done for Mundo Estranho: 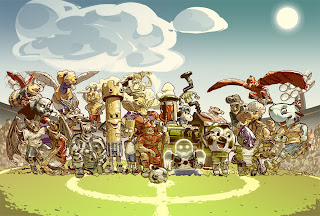 It's my favourite from the two pieces, though I think the composition on the first one was better for being simpler.

That's it for now.. And as always, here's promising for more updates!
Sketched by Aluísio Cervelle Santos às 09:00 Nenhum comentário: